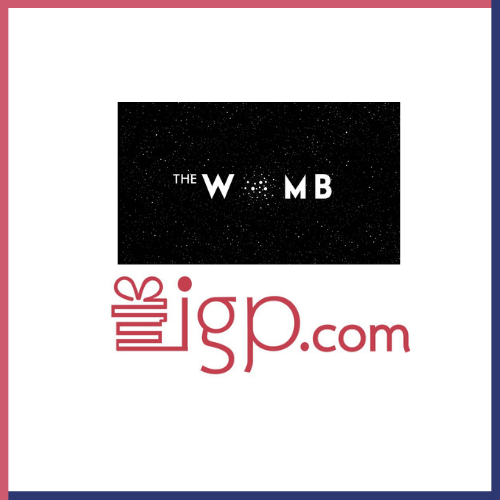 As The World Celebrates 50 Years Of Moon Landing, Sony BBC Earth, AXN And Sony PIX Peek Into What Went Behind The Mission!

IGP.com recently got The Womb on board as partners in their business and brand growth journey.

The firm has a global footprint with almost half of its orders originating from outside of India and almost one-third of its orders getting delivered internationally to more than 100 countries across the globe.

The Womb partnered IGP.com to roll out its first multi-platform International campaign, for the upcoming festival of Rakshabandhanthat celebrates the bond between a brother and a sister. The campaign was released across TV, digital as well as IGP.Com owned social media channels in India and international markets like USA, Canada, UK, Europe, Singapore.

Tarun Joshi, CEO & Founder, IGP.com, had this to say on the campaign, ‘Gifting is a huge thing in our country. People just love gifting for birthdays, festivals, anniversaries and just about any occasion. But when the near and dear ones are not in the same city, there is a certain inconvenience that comes in the way of gifting. This is where IGP comes in, as an enabler. To make the entire act of gifting easier by removing the inconvenience which distance brings in. Especially in today’s India, it is not uncommon for one to have their loved ones in faraway cities, be it any part of the world. And so, that’s IGP’s purpose, to simply make gifting to any part of the world easy and hassle-free.’

Commenting on the campaign, Kawal Shoor, Co-Founder, The Womb Communications said, ‘As the young migrate away from their homeland in search of prosperity and leave their dear ones behind, relationships feel the stress. Thankfully India has rituals like Raksha Bandhan in place that can keep the bonds strong. And now, modern, online brands like IGP are emerging to keep those rituals alive, and through that, reduce the emotional distances between people as they physically move apart.’

Navin Talreja, Co-Founder, The Womb Communications added, ‘India is a 30bn USD gifting market and yet despite the advent of various e-comm portals there isn’t one that specializes in gifting. IGP.com has this opportunity and we intend to leverage with various pieces of occasion-based marketing. Rakshabandhan is our first campaign in making IGP.com synonymous with gifting in India and across the world. This film with the cultural angle of mooh bola bhai we felt would break the wall paperness of Rakhi advertising that has been done for years in India.

Suyash Khabya, Creative Partner, The Womb Communications stated, ‘There are visual clichés in Indian festive advertising specially Rakhi. So, the attempt was to have something that would visually break the clutter and give the viewer a sweet surprise. The film has a certain charm that makes you want to watch it over and over.  And a big thanks to Bob (the director of Good Morning Films) for making sure that the film was emotionally touching and didn’t go ‘funny’. ‘

The Womb and IGP.com Uplift The Spirit Of Festivities Through Gifts, This Diwali!