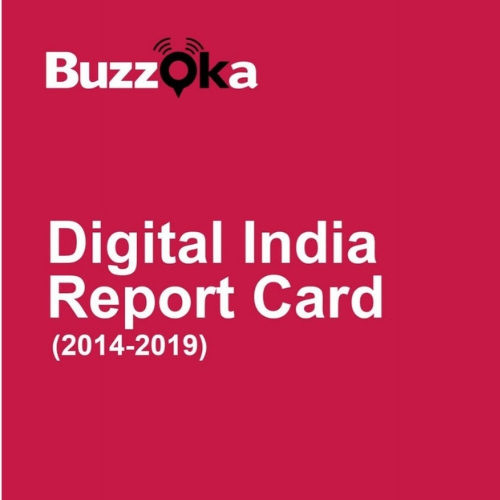 Buzzoka’s Digital India Report Card highlights that the stakeholders of Indian Digital industry are happy with current Government’s efforts in the digital space.

Buzzoka, India’s most disruptive influencer marketing company has launched the Digital India Report Card, a survey that attempts to understand the performance of the current government in the digital media space.

The survey quizzed 163 digital media leaders through 3rd party media publishers. The custodians included agency and brand leaders across the Indian Digital Ecosystem. From top brands, top agencies and startups, Buzzoka managed to provide a more holistic understanding on the performance of the various digital initiatives.

Overall, the survey highlights that the stakeholders of Indian Digital industry are happy with current Government’s efforts in the digital space. The experts believe that the policies implemented by the Government between 2014-2019 has given a boost to the digital ecosystem in India.

A whopping 91% respondents believe that digital media has the influencing power to change the perception of voters in 2019 elections which is good news for the Government. The digital industry believes that current Government’s digital initiatives has helped them to reach the rural audience. It’s a massive positive step towards getting far more campaign eyeballs for brands targeting rural Indians. Also, it’s a big boost for the digital economy as brands have increased their spending on digital media.

The Government has done a good job overall & the digital industry seems to be quite satisfied with their initiatives to boost the digital media sector in India.

A majority of 69% respondents were satisfied with the Govt’s policies implemented to boost the digital ecosystem of the country. Over 77% agreed that they witnessed a rise in digital media budgets during 2014-2019 signaling a massive rise in Digital India infrastructure.

91% agreed that digital media has the power to influence voter perception in India, while PM Narendra Modi and his party BJP were considered to be the most active leader and party on social media.

Speaking about the survey, Ashutosh Harbola, Co-Founder, CEO, Buzzoka, said, “The survey was an important one for us as we wanted to understand the pulse of the digital media industry. Since, Buzzoka focuses on B2C influencer marketing and our overall business model is directly a beneficiary to the rising digital ecosystem, the survey becomes an important landmark in eyeing the future.”

Instagram and Tik-Tok to emerge as the top platforms for influencer marketing in 2020: Buzzoka Report