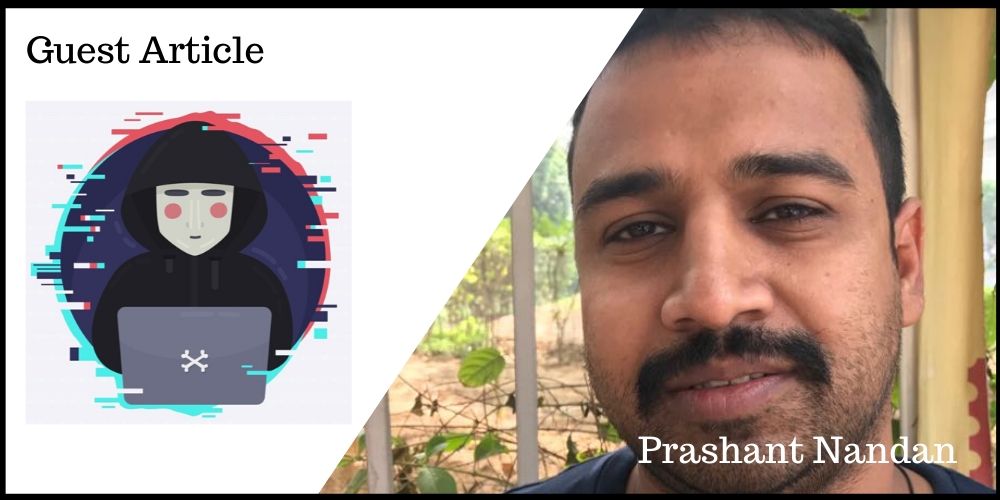 Fraud is a budding menace; while the problem has exploded so has acknowledgement of it and an understanding of how to discourse it. Prashant Nandan, Associate Vice President at Dentsu Aegis Network, shares helpful steps to eliminate it from digital industry.

Digital ad fraud is the attempt to deceive advertisers, publishers, demand & Supply side platform by manipulating advertising technology. Digital adverting is result oriented and effectiveness are based on campaign metrics that Planners/buyers are supposed to drive. However, any campaign metrics are fragile; certain manipulations with the metrics can rig them and fraudsters can misuse these flaws. Digital ad fraud is the biggest hindrance to adex growth globally. The pervasiveness of ad fraud can sway advertisers away from spending more money. Advertising Budget lost from Ad fraud is now in the billions, as per the white Ops and ANA Digital Ad fraud has already reached to $5.89 Billion globally in 2019.

After the cyber-crime, digital ad fraud is possibly becoming second largest organized crime. Lucrative payout, limited penalty, insufficient information & relatively no law drives fraudster with their malicious intentions. Fighting Ad fraud is therefore mission critical for advertising industry. Ad Fraud rates have been growing in new formats, while the Anti Ad fraud technology providers are trying to build tools to combat. As per the Buzzfeed Investigation report, their team have discovered a sophisticated ad fraud scheme involving more than 125 Android apps and websites, some of which were targeted at kids. As per the report, fraudsters are acquiring apps that has real users and then utilize developer access to the app to analyze the behavior of its existing human audience. Post that they program that behavior into Bots that mimic the human audience & direct bot traffic to apps. Further they are blending Bot traffic with existing human traffic of that app to earn additional revenue, where ads being actually viewed by bots.

Fraud is a budding menace; while the problem has exploded so has acknowledgement of it and an understanding of how to discourse it. Understanding type of Ad fraud, detecting & removing is the first step to eliminating it from digital industry.

Below are common type of ad fraud.

Invalid Traffic (IVT):- IVT is any traffic not coming from real users & it covers intentionally fraudulent traffic as well as accidental clicks.

·General Invalid Traffic (GIVT): General invalid traffic includes spiders, crawlers, and bots that scan websites and do not mimic human traffic. This invalid traffic is not used with an intent of fraud and can easily be identified

· Sophisticated Invalid Traffic (SIVT): Sophisticated IVT is a bit tricky to catch and eliminate. This traffic is designed to mimic human behavior and cause fraud. Generally, it takes a sophisticated combination of advanced analytics, machine learning, and human intervention to detect such traffic.

SDK Spoofing: – Software development kit (SDK) spoofing is a form of sophisticated Mobile ad fraud because it is extremely difficult to detect. SDK spoofing is the creation of legitimate-looking install with data of real devices without the presence of any actual installs. The installs will be fake, but the devices are not.  All Device IDs are connected to real people so advertiser might think that those installs are completely legitimate but they are not.

Domain & App Spoofing: – This type of ad fraud is about building a fake website/app with the goal of misleading advertiser & Media buyers.Fraudsters deceive the advertisers or Buyer at bid time by substituting a fake URL through the exchange or ad network that is hosting the auction. Ads.txt specifies a mechanism for publishers to list their authorized digital sellers, in order to fight against fraud and misrepresented domains.

Click injection: – Click Injection fraud happens mostly at app install campaigns & dominant in campaigns that are measure through last click attribution. Click injection fraudsters use an app to inject a click at just the right time to get credit for install & get CPI payout. Click injection are prevalent on Android device because of “install broadcast” features. ‘Install broadcasts’ are the signals sent by apps installed on Android devices to update the status like installation or uninstall. Fraudster use this app install broadcast via malicious app to listen and as soon as user are about to download any app they inject a click to claim for the credit of app installed.

Hidden/Background ads: – This type of ad fraud are known in the industry as in-banner video ads where instead of showing a video ad to a real person, the ads are played purely in the background and not seen by anyone. As per Asaf Greiner, the CEO of Protected Media Fraudsters are purchasing cheap in-app display inventory and are filling it with multiple video players behind innocuous fake branded display ads.

MethBot:-Methbot is basically a network of computers located in parts of the world, with the sole purpose to watch video ads fraudulently, in an effort to be paid for ads that were never actually served up to people, but bots. As part of what White Ops called the Methbot campaign, those bots watched as many as 300 million video ads a day, with an average payout of $13.04 per thousand faked views. In addition, the fraudsters had their bot army replicate the actions of real people, with faked clicks, mouse movements and social network login information.

Ad stacking: – This type of fraud happens in campaign where buyers are buying inventory on impression basis and mostly in Brand building campaigns.Ad stacking is a fraud where several ads are encrusted on top of each other in a single ad placement. While only the topmost ad is visible, if a user clicks or page load for impression on the noticeable ad, a click or impression is registered for all ads.

Click Farms: – A click farm is a form of click fraud, where large groups of low-paid workers are hired to click on paid advertising. The workers click the links, surf the target website for a period of time, and possibly sign up for newsletters prior to clicking another link. If you notice a significantly high click-through rate on your ads, but overall sales and revenue are down, then you might be experienced a lot of fraudulent clicks.

Advertisers can’t reverse the effect of Ad Fraud, only effective way is to make sure that you can taking corrective measure to make sure that it’s not happening again.  Fraudsters are becoming more persistent and more sophisticated. Fraud detection and prevention are only as good as their implementation. Despite all efforts, every time there is a new technological solution to detect it — ad fraud evolves and starts all over again. Advertisers should be utilizing ad fraud prevention technologies to get ROI of campaigns.