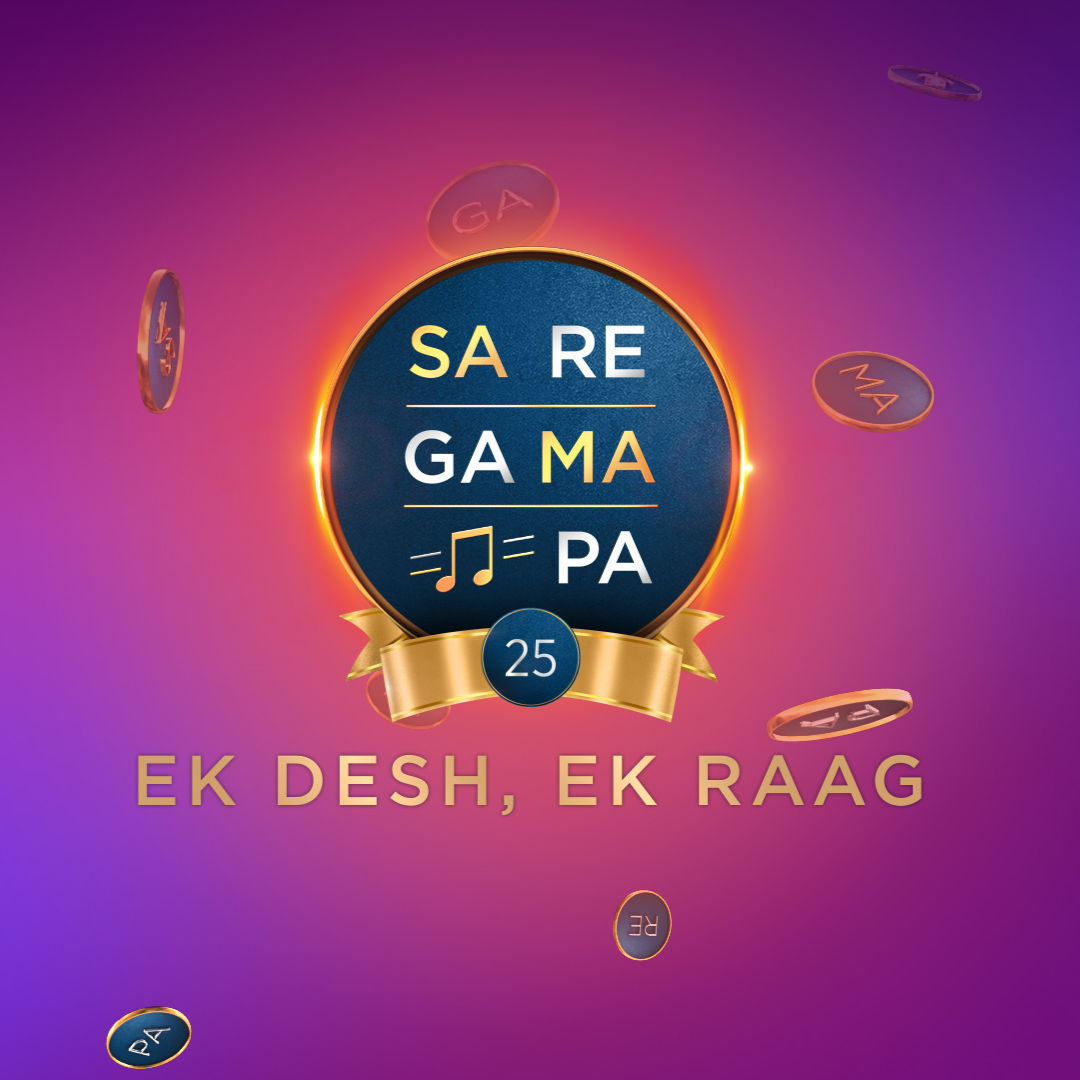 The LIVE-athon on digital and the TV concert combined sees 45+ Hours of fresh unique content shot from home, including 600+ performances by 200+ singers in 10 languages

At a time when the COVID-19 pandemic has had an unprecedented impact on our collective human experience, music has the power to unite, heal and uplift the mood of the nation. Ever since its inception 25 years ago, India’s longest-running non-fiction franchise – SaReGaMaPa has consistently leveraged the power of music in uplifting the common man – giving him the country’s most definitive platform to showcase his singing talent. It was only befitting, then, that with Sa Re Ga Ma Pa crossing its 25-year milestone in 2020, ZEE leveraged its network strength by way of a truly unique initiative aimed at helping humanity rise above the gloom through the power of music.

This industry-first phenomenon ‘Ek Desh Ek Raag’ started on 23rd May with a 25-hour Music Marathon on digital with back-to-back, round-the-clock performances by popular singers across 10 ZEE Facebook pages that captured the vibrancy of the sur, taal and spirit of every Indian sub-culture. The 25-year milestone culminated in a grand televised, shot-from-home fund-raising concert on 24th May across 23 channels of ZEE & Zee Media with performances by the most iconic faces of the show.

The LIVE-athon on digital and the concert on TV combined saw 45+ Hours of fresh unique content shot from home, including 600+ performances by 200+ singers in 10 different languages. The invincible power of music has touched multiple hearts with ‘Ek Desh, Ek Raag’, receiving an overwhelming global response, garnering a cumulative reach of 63.1 million viewers across TV in India, and 165 million cumulative reach worldwide for its 10 day campaign on social media platforms.

Zee TV’s Facebook page alone clocked in a cumulative reach of 58 million users. The resounding success of Ek Desh, Ek Raag can be attributed to the musical franchise’s legacy and the collaborative effort of bringing together stalwarts of music from across geographies; from Pandit Jasraj and Jazzy B who performed from USA and Canada respectively to Haricharan and Himesh Reshammiya to Rajesh Krishnan Vijayaprakash and Durnibar Saha representing the many Bharats in India. ‘Ek Desh Ek Raag’ catered to every member of the family with performers ranging from the youngest Li’l champ all of 6 years of age, to the most seasoned veterans like Ronu Majumdar, Vishwa Mohan Bhatt, Kumar Sanu, Alka Yagnik, Shaan and Kavita Krishnamurthy amongst others.

The beauty of the whole exercise was the collaborative effort that ensured not a single person needed to step out of their homes.

Talking about the success of the Ek Desh Ek Raag initiative, Prathyusha Agarwal, Chief Consumer Officer, Zee Entertainment Enterprises Limited said, “In curating ‘Ek Desh, Ek Raag,’ the idea was to harness the power of music in transcending regional boundaries, uniting people to uplift the collective mood of the nation, thereby unlocking humanity. The mammoth effort of pulling off the 25-hour music marathon on TV & Digital was a perfect blend of maximising technology, creativity and collaboration. As India’s longest running singing reality show – SaReGaMaPa celebrated this power of music in making a difference to the life of our viewers across the country, supporting COVID-relief initiatives. The phenomenal response received has been deeply gratifying, standing testament to the legacy of our franchise and the strong equity it continues to hold with audiences across the globe. The success of the concert across TV & digital platforms is a true representation of our philosophy of being extraordinary together, and most importantly standing with our viewers in this time of need.”

“We are happy that SaReGaMaPa celebrated its milestone year with a special show on Facebook. It’s great to see they brought together artists to leverage the power of Facebook to not only engage people with the music they like, but also raised funds to help those who have been affected by the pandemic,” said Manish Chopra, Director and Head of Partnerships, Facebook India