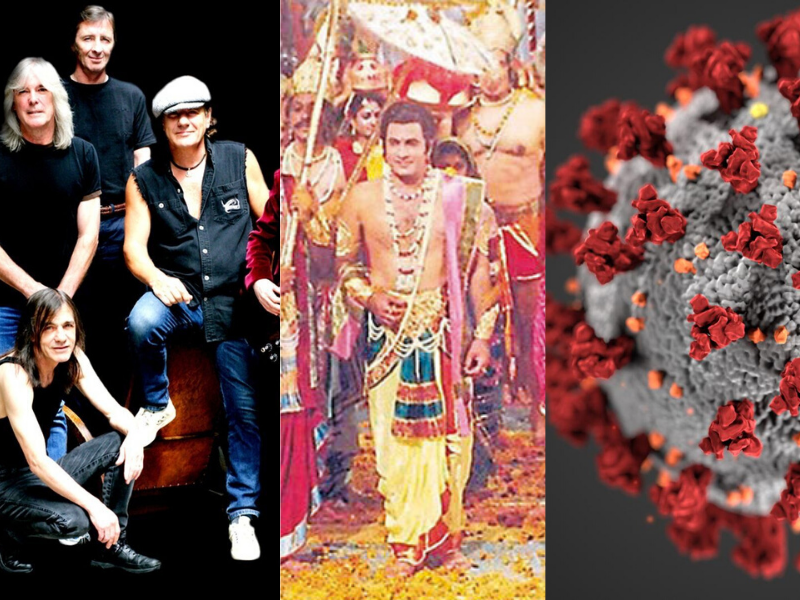 When the going gets tough, the tough start listening to AC/DC.

Those who study popular culture have observed that when the economy heads south, the band’s album sales go north.

Why is this so? During uncertain times people crave certainty, and take refuge in the familiar. They need something they are accustomed to. And what could be more regular fare than AC/DC’s signature four-chord progression, with unsubtle references to testicles, girls and dirty deeds! Essentially every AC/DC record is the same album with different titles, uninfluenced by hip hop, EDM or whatever is the current fad. Unlike Madonna, they don’t do reinvention.

Once an agency I was working for made a presentation to a leading basmati rice brand. The TV commercial script we presented had a girl returning home from her studies abroad. Her mother makes biryani, which she wolfs down, complete with water works, schmaltzy jingle and pack shot. The client, however, was not terribly excited about the idea. Her point was that when you come back home after a long stint abroad, what you crave for is not biryani, but comfort food – something as basic as rice and dal.

If AC/DC is comfort food for the soul, so is the serial Ramayan. Those who have seen it once know what’s going to happen next. Hell, even those who haven’t seen it before know what to expect; it’s not exactly a secret who gets the girl in the end. Whoever decided to rerun the hit series of the eighties knows the psyche of the common man. (Perhaps better than the common man himself, as it’s the subconscious that’s at work here.)

It’s not just when it comes to entertainment that people long for the conventional. After the last recession, there was a mad rush for government jobs. During challenging times, people shun adventure and experiment. They want certainty, and prefer a life that’s predictable, even banal.

Now let’s take marketing. It’s a no brainer that in the current situation, consumers are spending less and are limiting what they spend to bare essentials.

However, it’d be wrong to speculate that if a well-known brand is not available during the lockdown, consumers might opt for a lesser-known brand, develop a taste for it, and switch their loyalty. The assumption is that they will choose value brands over their favourites. If anything, the opposite holds true.

It’d be equally erroneous to think that brands should tweak their value proposition to appeal to the changed mindset of the consumer.

If you think this is just the right time to bring in innovation, restrain your equines. Right now the consumer needs innovation like we need a Covid-19 tax surcharge.

Let no highfalutin marketing-speak fool you. This lockdown is not the time to reinvent; rather it’s the time to go back to the basics.

Let her down at your own peril. After all, hell hath no fury like a consumer scorned.

The stellar rise of Real Money Games in India

Marketing is, serving the human in the consumer