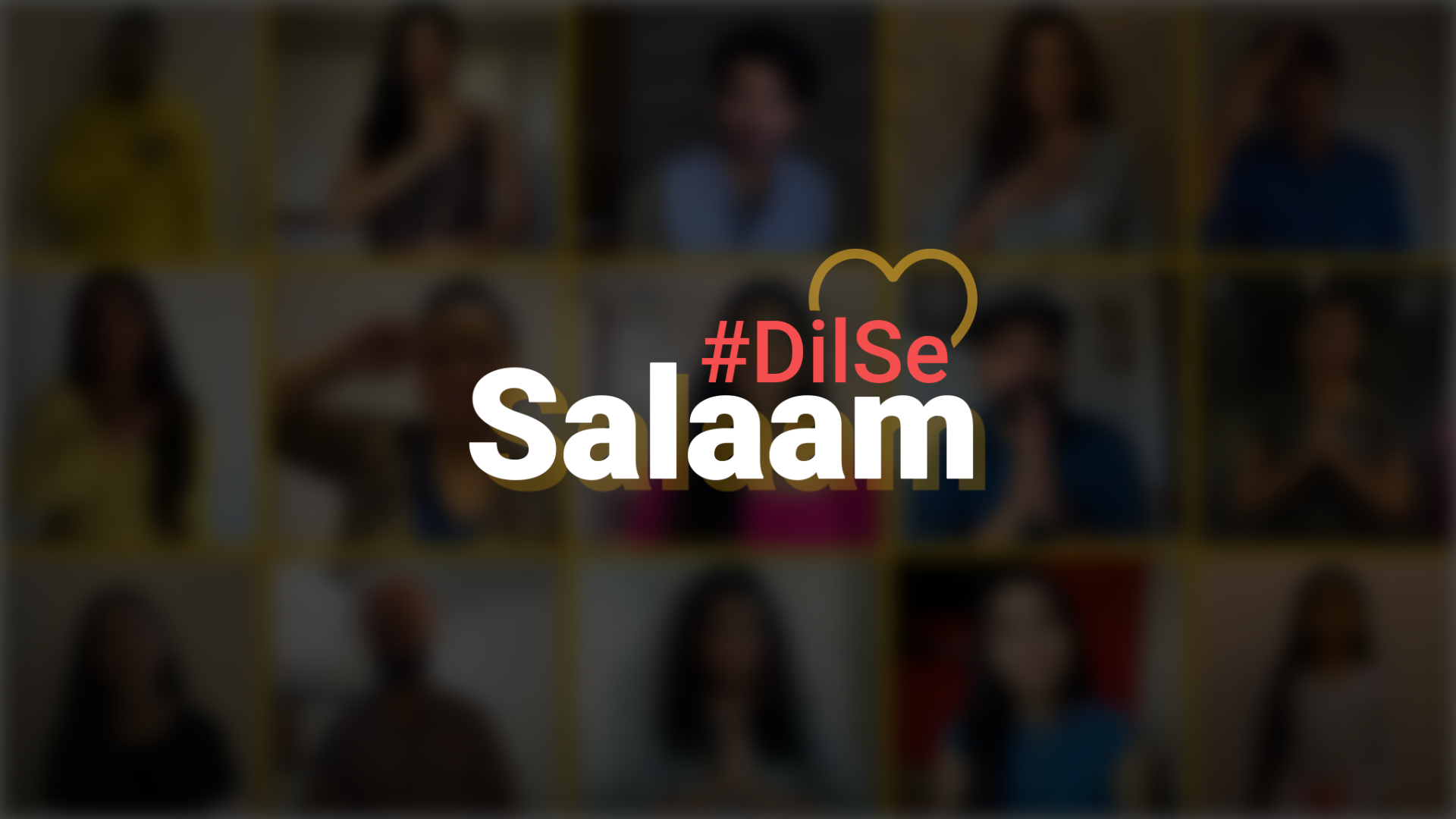 As the nation builds efforts and comes together in its fight against COVID-19, Viacom18 Media rolls out yet another specially curated campaign with a digital-first approach, #DilSeSalaam. #DilSeSalaam is a tribute and salute to DTH and Cable TV operators across India who continue to make efforts in ensuring that viewers are being entertained without interruption even during such unprecedented times. Recognized as a network with a humane purpose, Viacom18 has always recognized that DTH and Cable TV operators are the backbone of the broadcast industry and it is purely because of their hard work and diligence that television viewing across India hasn’t faced any interruptions.

Currently live on Viacom18’s social media channels, #DilSeSalaam, is a 50 second video with a message straight from Viacom18’s talented pool of actors. Actors from across Viacom18’s most popular shows such as Bharati Singh, Avika Gor, Rannvijay Singha, Gaelyn Mendonca, Meera Deosthale, Nimrit Kaur Ahluwalia, Smita Bansal have come forward to thank operators for their hard work and constant efforts during this time in keeping India entertained. Supporting the cable operators and DTH players, Viacom18 network also urged its viewers to move to digital payment options for payment of their cable and DTH bills with an on-air campaign.

Indiacast, the distribution arm for TV18 and Viacom18 has been working consistently with DTH and cable TV operators to ensure that the entertainment needs of India are being catered to amidst the lockdown. Speaking about the campaign, Anuj Gandhi Group CEO, Indiacast, said, “Since the pandemic outbreak and the lockdown was imposed, our cable TV and DTH operators have been working relentlessly to ensure there is no disruption in TV viewing across the country. We have seen TV viewership surge across India and this has been possible due to no disruption in the last mile delivery by DTH service providers and cable operators. #DilSeSalaam is our way of saying thank you to our cable and DTH operators for their constant effort and hard work during these tough times and for ensuring that our viewers aren’t missing out on their daily entertainment. We are truly grateful for all their support and efforts over the past month and assure them that they have our full support wherever and whenever required.”

Boasting of 650+ hours of fresh kids’ content on TV, the new line-up on Nickelodeon has new episodes of Motu Patlu as ‘Fool Masti with Motu Patlu’ followed by Shiva and Rudra. On Sonic, the constant war between Doggy Don and the three mice in ‘Fool Week of Pakdam Pakdai’ are going to take the kids on a rollercoaster ride of laughter. In addition to this, Sonic will air a fresh line-up of episodes for Keymon Ache and Ninja Hattori. Taking the kids into a new world of fun and entertainment will be the new movies of Motu Patlu and Rudra on Nick and Sonic in the coming days. Nick Jr., the channel for toddlers will also air new episodes of Paw Patrol.

Leveraging the thought of being a network with a humane purpose, Viacom18 has remained emotionally connected with millions of its viewers and will continue to provide complete support during these difficult times. Viacom18 had previously launched #RahoGharPeSafe creating awareness around best practices during this period. Conceptualized in partnership with Gozoop, #DilSeSalaam is currently live across all Viacom18’s social media channels.