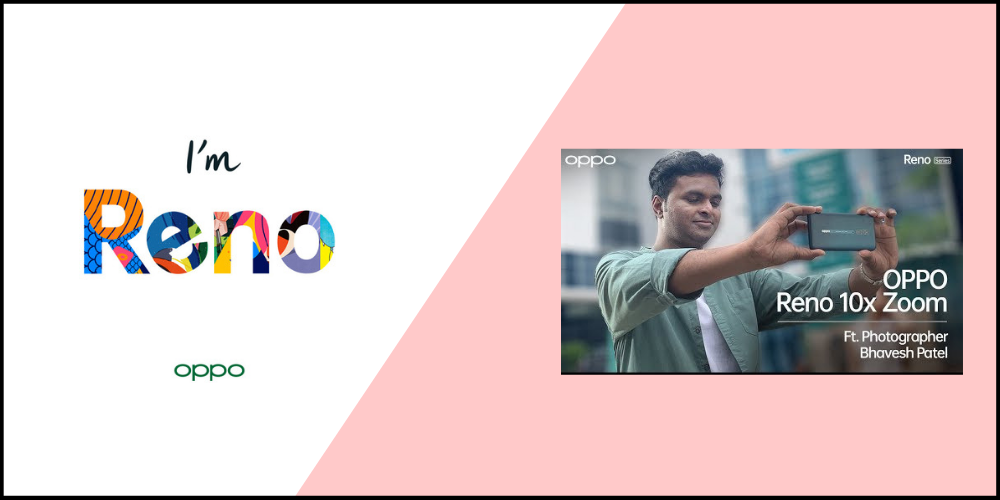 The Minimalist Bags Social and Digital Media Mandate for Tynimo

Oppo has launched a fresh campaign with Bhavesh Patel, a visually challenged photographer, to showcase the features of the newly released Reno 10x Zoom, which is ready to steer OPPO to new horizons in India.

This campaign, created by August Communications, a creative agency, attempts to convey that Oppo Reno’s camera encourages us to look beyond what our eyes can.

Oppo has paid a tribute to Bhavesh Patel, a visually challenged photographer, who clicks prominent movie stars, to encourage furthering your vision by focusing on things that bare eyes usually miss.

The ad is striking, cinematic and a futuristic attempt made by Oppo to expand its footprints beyond their normal advertising strategies. It’s heartwarming, talking about Oppo Reno camera’s features like angle photography, larger screen, etc. They also attempt to highlight user-friendliness of the Reno’s camera, given that a visually challenged man could use it well.

Commenting on the idea of featuring a blind photographer in the ad, Sumit Walia, Vice President, Product and Marketing, OPPO India, says, “At OPPO, we believe in going beyond the conventional and bring in a new perspective in all our communication strategies. Our new OPPO Reno series, which has been engineered for creativity, stands testimony for the same. As a consumer-focused brand, we have always challenged the status quo on all fronts, be it products, market or after the sale and our current campaign featuring Bhavesh Patel, validates our endeavor in this direction. Just like the OPPO Reno 10x zoom, Bhavesh has been pushing boundaries by breaking the norms to perfectly capture the nuances of a moment through his artistic expression. With this campaign, OPPO aims to honor all those who have gone above and beyond with their artistic talent and have an encouraging story to narrate.“

Road to recovery – Mobile to emerge as the ultimate hero

Featuring a visually challenged photographer was one of a kind effort. The ad has garnered about 46k views on Youtube, 239k views on Facebook and about 149k views on Twitter.