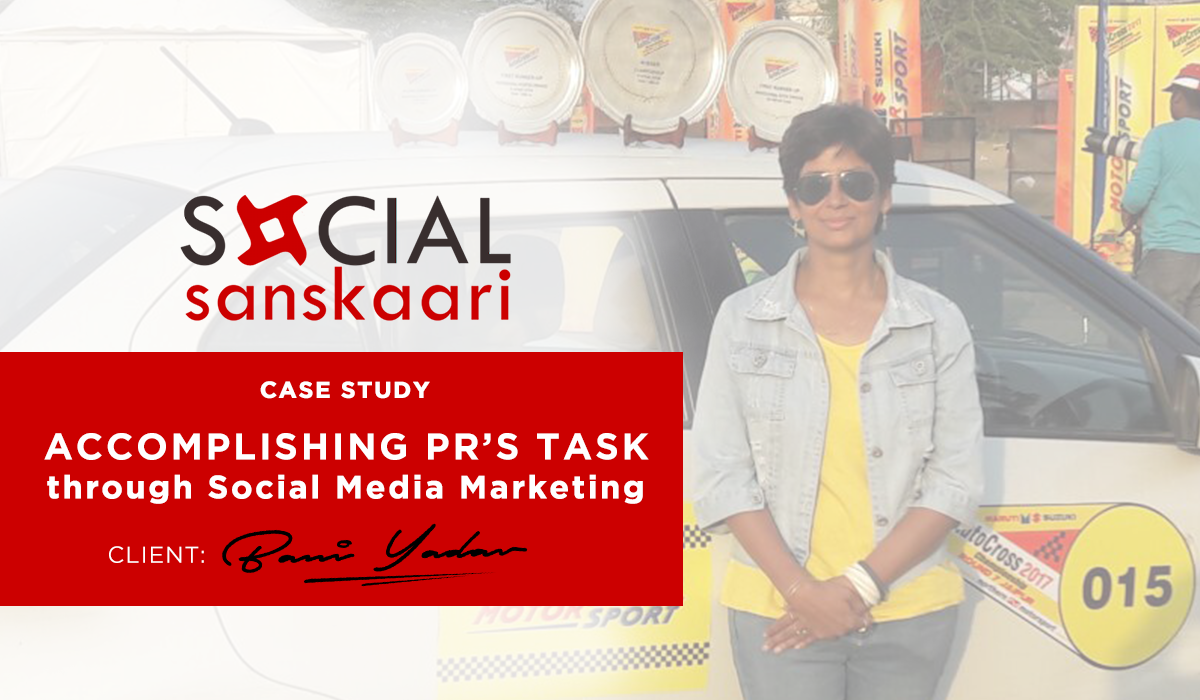 The main role of Public Relations is the reputation management and image building of a person or business. PR provides exposure to their audiences using various media tools. Publishing news releases and articles in newspaper or airing information on Television or radio are some of the most commonly used mediums. However, Social Sanskaari is changing the way brands and celebrities build their image. Social media can be leveraged strategically to effectively handle a PR’s task for any brand or celebrity.

Here’s a case study on how Social Sanskaari executed a 360 campaign for establishing and promoting a motorsport personality on a platform. Following are the details of how leads were generated and the follower base was converted into a loyal community for on-ground activities.

Celebrity management is generally considered as a PR job. Mainstream media, like TV, newspapers and radio is the first preference for celebrities to increase their reach. But, they are the expensive mediums to approach. Hence, we took the plunge of taking the digital route to the celebrity brand- Bani Yadav.

Motorsport is a male-dominated, not-so-popular-sport in India. Hence, creating & positioning a woman belonging to such sport was a challenge.

The motorsport queen of India was bringing all laurels to her name on the tracks. Hence, we created social media channels to direct her on-field followers on one official channel and further building & strengthen the community of the sport-lovers
and Bani’s fans.

Digital Autograph- An autograph is the first thing that followers seek from a celebrity. Hence, we used a digital autograph as
the logo to leverage the sentiment associated to an autograph with the image of Bani Yadav. Image Building – Associated various women centric campaigns that talks about women empowerment, breaking stereotype and determination to showcase her Bani Yadav’s early struggle and determination to be the fastest women
rallyist in India. Following are the few successful campaigns executed on social media:

#SteeringChange stimulated the right pulse of the target audience.

#WomenOnWheels was an on-line contest to promote motorsports among women, with an offline integration activity to create buzz among the followers on the digital platforms. Huge number of followers participated in the contest, where their motorsport IQ was tested and winners got a chance to meet Bani Yadav in person.

Multiple editions of the campaign were organised, which itself narrates the success of the idea, execution &amp; implementation of the entire campaign. The on-ground activities witnessed huge number of participants directed from online promotions. Moreover, all these campaigns garnered good media attention from India’s leading newspapers. 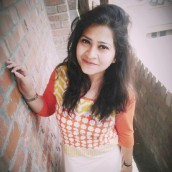 Believes in what is written for you will definitely come your way. Music lover,